Shalom and Kerrie speak at the Andrew Olle Media lecture 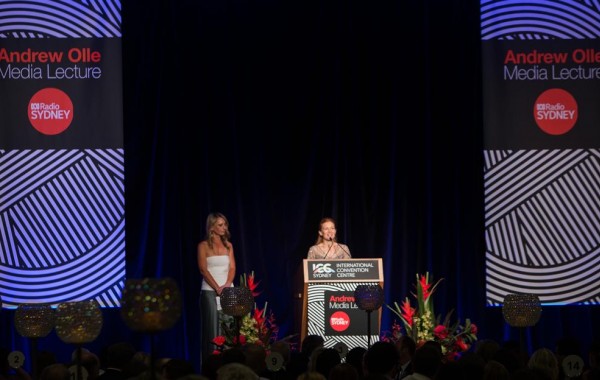 It was an opportunity to throw a spotlight on low grade tumours to Australia’s media elite, and for Kerrie to announce her team’s creation of the world’s first low grade model to test treatments against. This could not have happened without Higher Thinking which is still the only fund in Australia to support low grade tumour research.

Their speeches were broadcast on ABC, and a transcript and audio can be found at http://www.abc.net.au/radionational/programs/scienceshow/first-lab-model-for-testing-brain-tumour-therapies/9116756#transcript